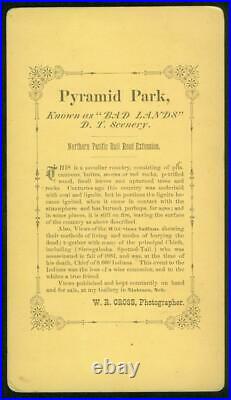 Cross Stereoview, # -, Scaffolds – Indian Dead Bodies, c. Cross, card #. Notes: en. Wikipedia. Org/wiki/Sioux The Sioux or Oceti Sakowin are groups of Native American tribes and First Nations peoples in North America. The modern Sioux consist of two major divisions based on language divisions: the Dakota and Lakota; collectively they are known as the Ohéthi akówi (“Seven Council Fires”). The term “Sioux” is an exonym created from a French transcription of the Ojibwe term “Nadouessioux”, and can refer to any ethnic group within the Great Sioux Nation or to any of the nation’s many language dialects. Traditional Funeral Practices It is a common belief amongst Siouan communities that the spirit of the deceased travels to an afterlife. In traditional beliefs, this spiritual journey was believed to start once funeral proceedings were complete and spanned over a course of four days. Mourning family and friends would take part in that four day wake in order to accompany the spirit to its resting place. In the past, bodies were not embalmed and put up on a burial scaffold for one year before a ground burial. A platform to rest the body was put up on trees or, alternately, placed on four upright poles to elevate the body from the ground. The bodies would be securely wrapped in blankets and cloths, along with many of the deceased personal belongings and were always placed with their head pointed towards the south. Mourning individuals would speak to the body and offer food as if it were still alive. This practice, along with the Ghost Dance helped individuals mourn and connect the spirits of the deceased with those who were alive. The only time a body was buried in the ground right after their death was if the individual was murdered: the deceased would be placed in the ground with their heads towards the south, while faced down along with a piece of fat in their mouth. Photographer William Richard Cross (1839 1907) an early photographer of the Nebraska – South Dakota frontier, was born in Bennington County, Vermont, in 1839, the year that marked the invention of modern photography. He learned his profession under the tutelage of an older brother, Daniel H. Cross, a former Union Army photographer who opened a gallery in the town of Bennington following the Civil War. When William Cross emigrated west to become one of the first professionally trained photographers to settle on the Great Plains, both he and the art he had mastered were less than thirty years old. Like many frontier photographers, he has remained relatively unknown, even though his images of the American Indians, settlers, and scenery of the region have survived. The year 1867 was an important one for Cross. In addition to launching his new career, he married a woman named Jennie Church from Hartiand, Maine. Like thousands of others, the couple left the East, choosing to settle in Omaha, Nebraska, the first of four frontier towns in which they would live. Omaha was beginning to prosper when the Crosses arrived, and several other photographers had already established themselves there. Eaton, Charles Griffin, and William Henry Jackson, whose photographs of Yellowstone would later help persuade Congress to set aside the area as a national park, all had studios in Omaha and were active in the profession. Cross opened his own gallery on Caldweil Street and operated it for three years. Indians, Old West, Grave, Buffalo Range, First Nation. Date: circa 1880’s. (please see the images). Info: Stereoscopy or Stereoviews have two nearly identical images mounted side by side and were taken by a Stereo Camera. When looked at through a stereo viewer they give a three-dimensional image. Most popular from 1850s to 1930s and they usually measure about 3 ½” by 7″ (please see images). Some of the subjects will be. Louis, Tragedies, Virginia, Volcano’s, Washington DC, Wisconsin, Yellowstone and Yosemite. This Stereoview would make a great. Addition to your collection or as a Gift. To see all my Postcards. To see all my Movie Items. To see all my Disney Items. To see all my Baseball Items. To see all my Boy Scout Cards. To see all my Stereoview Cards. Add me to your Favorite Sellers and Sign up for my Newsletter. Please look at my other Auctions for more Collectibles of the 1800’s-1900’s. Auctiva offers Free Image Hosting and Editing. Auctiva gets you noticed! Track Page Views With. Auctiva’s FREE Counter. The item “A006, W. R. Cross Stereoview, # -, Scaffolds Indian Dead Bodies, c. 1880’s” is in sale since Saturday, February 13, 2021. This item is in the category “Collectibles\Photographic Images\Vintage & Antique (Pre-1940)\Stereoviews”. The seller is “the_collector_md” and is located in Warsaw, Indiana. This item can be shipped to North, South, or Latin America, all countries in Europe, Japan, Australia.